Did you know that Utah has the greatest snow on earth? It's true. Our license plates say so. Skiers and snowboarders come from around the world to visit us. Olympians train here. Oh, yes–we even hosted an Olympics here. Why? Because our snow isn't what you think of when you think of snow. Snow is cold. Wet. Heavy. Icy. Slushy. But not our snow. Not Utah snow. (Well, okay. It is cold.)

We have what you might call "desert" snow. Pick it up in your hand and it doesn't clump. You can scatter it like crystal-candy sprinkles on a cupcake. It's DRY. It's like powder. It's like really super frozen . . . sand. Yes. In fact, it's like having a sandy beach right in our front yard. Except the temperature is suited more toward polar bears. And you must wear at least four layers of clothing over your bathing suit. Plus snow boots with at least two pairs of socks. And you must be sure to walk slowly and surefootedly, lest you slip on a patch of un-snow-blowed sidewalk and break something. Something important. And there is no beach volleyball. Ever. Aside from that, it is exactly like a sandy beach. Right in our front yard!

Anyhoo, in celebration of Grandma Sophie's annual holiday visit, we decided to venture outside in our bathing suits–along with a mountain of assorted wooly and downy cover-ups–to build a snowman. How charming. How idyllic. What a great excuse to enjoy some traditional wintertime fun! Out we trudged.

Jack the four-year old quickly picked up a handful of snow and attempted to mold it into a snowball. Ah, a snowball fight. That's the spirit–wonderful idea! He squeezed the snow in his gloved palm and then released his fingers. A spatter of powdery specks fell to the ground.

Snow, yes. But no ball. No snowball.

Jack looked at his grandma. With both hands, Grandma scooped up a mound of snow and squeezed. Half of it quickly blew away in the gentle mid-morning wind. The other half she let silently fall to the ground.

"We can't make a snowman out of this," she said. "It doesn't stick together!"

Indeed. Lots and lots of snow. But no way to build a man out of it. Or was there?

Out of the necessities of a Utah winter, I give you our best shot at a snowman. Introducing . . . 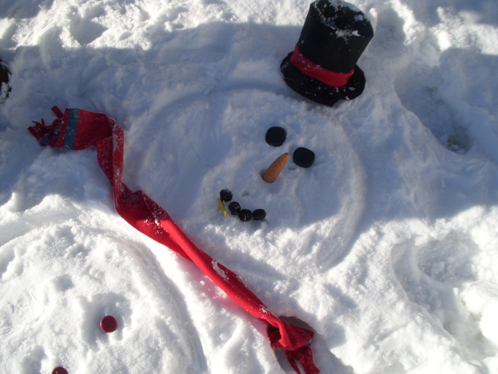 FLAT SNOWMAN.
Run over by a Mack truck? Pummeled by a pro-wrestler? Flattened by a steam roller? The story behind Flat Snowman's flatness remains a mystery. It couldn't be that tragic of a story, though. I mean, he looks happy enough. And he's still sporting a completely three-dimensional nose.

Took about two minutes to build Flat Snowman. Then we headed back in to remove the mountain of woolies and downies. (Took about four times as long for that task.) Checked in on Flat Snowman this morning. Obviously, we've had more snow fall since that day: 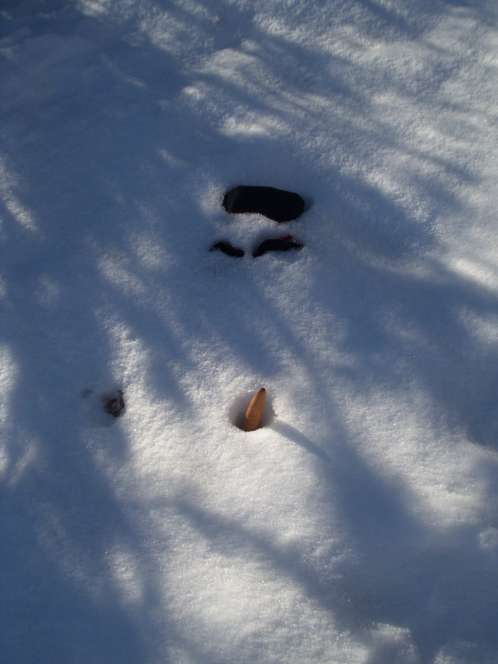 Thank you, Flat Snowman, for making this winter more magical. Just the teeniest-tiniest of a smidge more magical, really. But still. Thank you.

2 thoughts on “A winter wonderland. But not for snowmen.” 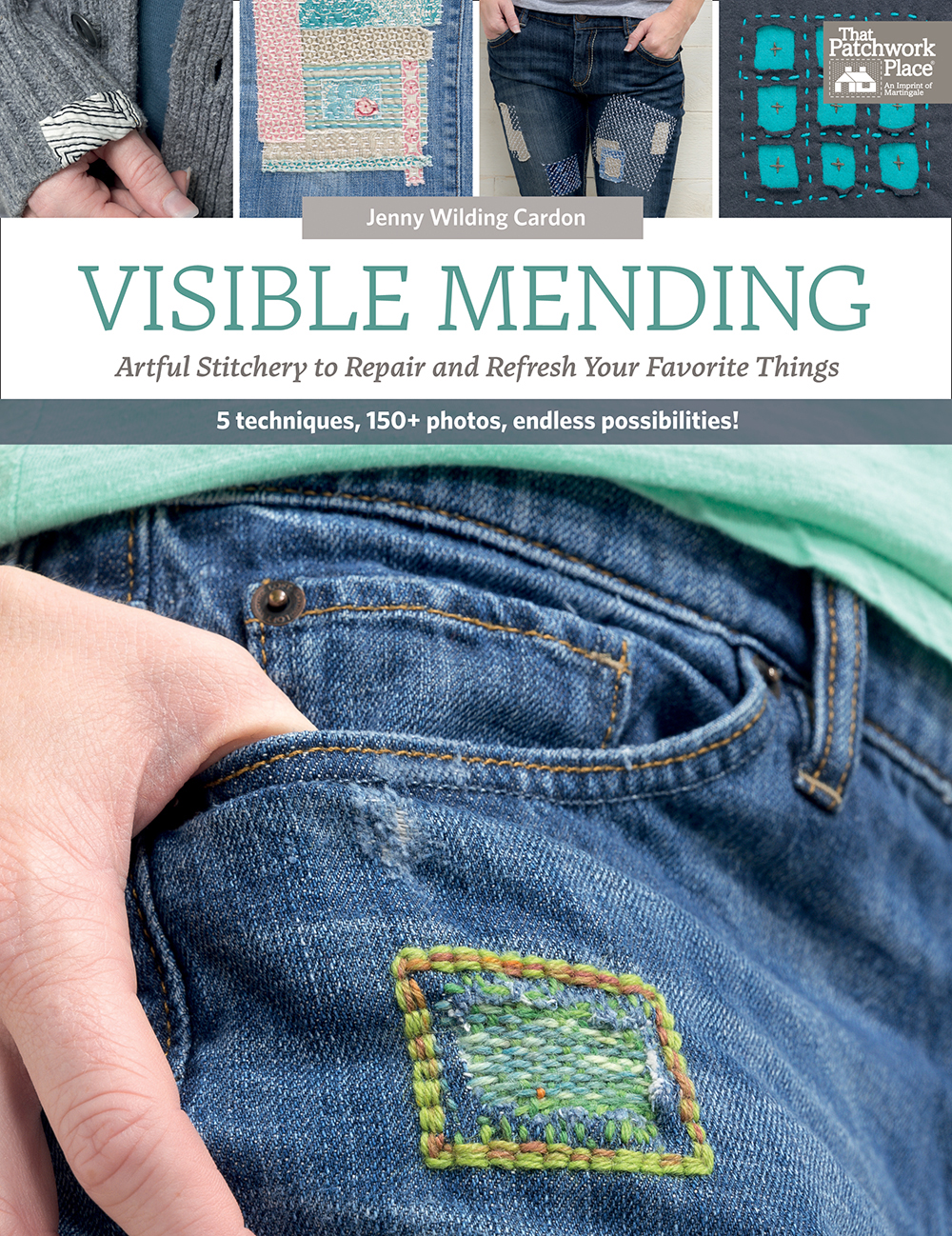